From November 2011 to February 2012, a team using ten Toyota Hilux vehicles was charged with setting up a fuel depot, installing a weather station, and providing support to scientific expeditions and a ski race.

To face Antarctica’s uniquely extreme driving conditions, with temperatures as low as -50°C, terrain altitudes of over 3,400 m and the most brutal driving environment imaginable, all vehicles were prepared by Icelandic 4×4 conversion specialists Arctic Trucks. Necessary modifications included the integration of a crane to lift heavy equipment, the use of Jet A-1 fuel to cope with the extreme cold, a 280-litre fuel tank (800-litres for 6×6 vehicles), revised suspension and drivetrain, crawler gears and extra large tyres with pressures as low as 2-3 psi (regular Hilux tyres have a pressure of 29 psi) giving a tyre surface area about 17 times larger than those found on standard tyres.

It is a testament to the Hilux’s legendary Quality Durability and Reliability (QDR) that its 3.0-litre D-4D diesel engine and the transmission remain entirely unchanged for the expeditions. The Hilux performed outstandingly well throughout its 70,000 km challenge without technical failures. 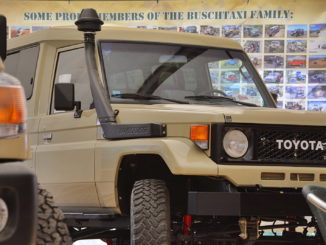 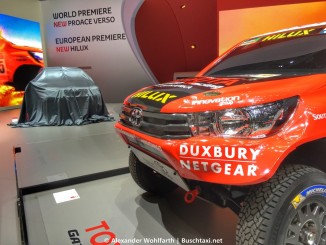 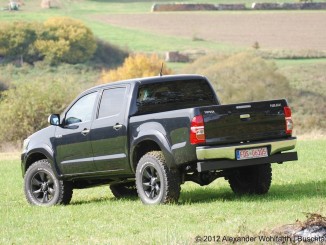