Mohammed Aoun is a true piston head. Born in Baghdad, he graduated from the University of Visual Arts and moved first to Dubai, then to Seattle, where he works as a designer in many projects and gives free rein to his creativity. Cars are particularly attractive to him – and above all, it’s about offroad vehicles. And that’s how he became known on the internet: his drawings and 3D renderings of futuristic SUV studies are spreading through the social networks and truly provoke the entire range of reactions.

These days, his sketches are cutting-edge again: Toyota USA announced to present a concept car at the New York International Auto Show this Wednesday , April 12th , and this study could possibly (!) give an outlook on the successor of the famous FJ Cruiser. This idea is exactly what Mohammed Aoun has been doing for quite a while, as one could see from his designs. Time for an interview.

[Buschtaxi] Mohammed, you worked for small and large companies in all kinds of industries – did you ever have the chance to work for Toyota as well?

[Mohammed Aoun] Unfortunately, I have never had the opportunity to work for an automobile manufacturer. But every once in a while I get in touch with their designers and send them some designs. I am a designer, but unfortunately I do not have a degree of a “Automotive Design School”, which unfortunately is a small obstacle. But yes, working for Toyota is my dream. That is why I think about moving to California to maybe get the chance to work for “TOYOTA Calty Design Research” one day.

You’re obviously an autofreak, you have a clear preference for off-roader and you obviously like Toyota. What fascinates you?

(Laughs) Yeah, it’s a fascination, no question. Well, I might be a little adventurer. I love being outside and looking for places that hardly anyone else can reach. That’s why I like Toyota: I think Toyota still makes simple cars that are a little “old school”, but with new technology like Crawl Control and similar. I’ve lived in Dubai for over 7 years, and I drove an FJ Cruiser. Almost every weekend we went out into the desert and I remember very well how I went back to the city non-stop after those weekends, and then the next morning I took my FJ cruiser to work. My friends had regularly to call the tow truck for their jeeps. Toyota vehicles are simply basic and reliable, and that fascinates me.

Your studies on the FJ Cruiser are very sharp, futuristic and eye-catching, yet the style of the FJ Cruiser is crystal clear. What were your basic ideas?

Well, I think Toyota needs to launch a new “legend”, a legend like the Land Cruiser FJ40 or FJ55. A car that is fitted with very good off-road equipment AND is affordable for people like you and me. A car that you take directly from the dealer to some adventure, not to the aftermarket shop for further conversions. I wanted to take this into account with my design ideas from the start, that’s why these studies look so “evil”.

When you take a look around the automobile world of these days – what are, in your eyes, the worse mistakes? What are the best ideas? Where is it all going? And, above all, what could be a possible direction for the future design of offroad vehicles?

Wow, that’s a big question! I notice that the off-road design steers more and more towards SUV style, family car or crossover, there are hardly any “big toys”, which look nasty and are just fun. There are only urban vehicles on the road. After the end of the FJ Cruiser, only the Jeep Wrangler shows a little edge, and that is a pity. What are the best ideas, where will this lead to? Hm … I think we need a “big toy”, which is also visually much fun. Perhaps even a kind of “Lego car”, which can be supplemented according to the mood, depending on the purpose of the application. A fixed sleeping space should be part of the design, as well as a camera drone for 3D maps of the surrounding area, especially at night. And the worst mistake? Well, among other things so-called “Offroaders” with the spare wheel under the car … 😉

If you take a look at the Land Cruiser history: Which Land Cruiser do you see as a “classic”, what do you particularly like?

Definitely the FJ40 and FJ55. These are vehicles that simply look like an unstoppable off-road machine. Pure and true muscle packs without modern fake plastic covers that just pretend to be tough.

My favorite is, of course, the Land Cruiser 70. 150 and 200 are fantastic cars, but they do not feel like adventure anymore. If I want to visit remote places, then I need a vehicle which also feels like “Outdoor”, preferably open and pure. That’s why I designed my FJ cruiser concept like this. We need to get back the “U” in “SUV”…it’s “Sports Utility Vehicle”!

Mohammed – Thank you for your time and your detailed answers, I wish you all the best!

Thank you for the opportunity to tell my story!

Here you can find the latest work that Mohammed sent to the head designer of Toyota:
http://moaountoyota.weebly.com/ 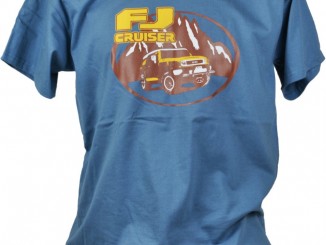 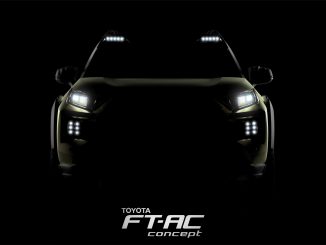 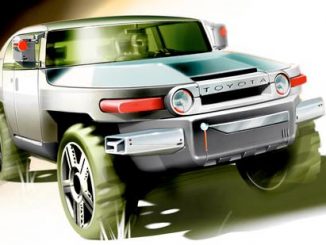